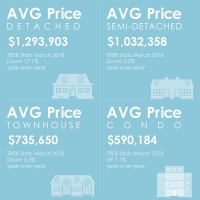 There was a total of 7,228 transactions through the MLS® System in March 2018, down by 39.5 per cent compared to 11,954 sales reported in March 2017. This was to be expected as we are comparing two starkly different periods of time: last year, when we had less than a month of inventory versus this year with inventory levels ranging between two and three months. It makes sense that we haven't seen prices climb back to last year's peak. 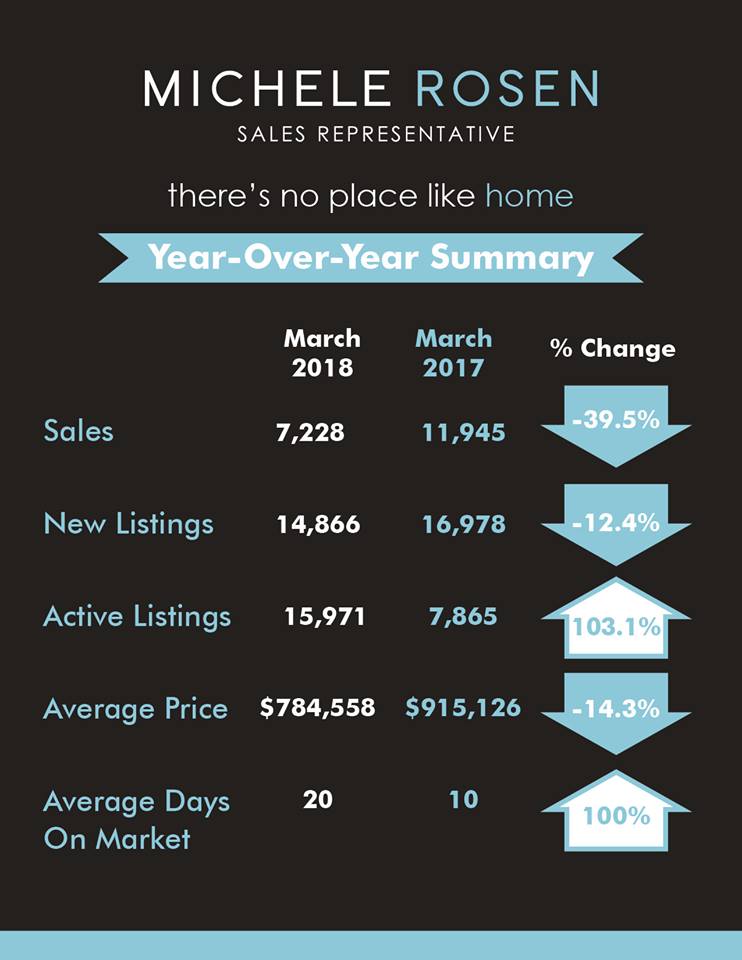